Imagine the humiliation this child felt, and how it might impact his attitude toward school, teachers, principals, etc., for such an attack on him, on his childhood. Institutionalized Racism is where we make/have rules and policies that only or especially apply to blacks and other people of color (ex: hair styles, shaving regulations, etc., that people of color may not be able/willing to accommodate).

First, this policy is unclear (perhaps by design). Second, it leaves enough room for an innocent child to be treated abusively because of some grown fool's lack of common sense! This is intentional humiliation. All one has to ask to get clear is, "What if this was my child, would it be acceptable treatment?" then ask, "Would anyone dare do this to my child?" If the answer is no, you may have the benefit of privilege.

I received a great question recently in a FB conversation about race, and why whites don't do more to help change racial injustice.

In answer to the question, SOME, and certainly many, perhaps even the majority of whites "minimize police brutality, conflate the rioting of disenchanted marginalized people, are silent in the face of police indictments for violations (against blacks) and then endorse the sternest of penalties for blacks such as the death penalty" for two reasons:
1. Privilege - If it doesn't appear to harm you, and you don't experience the pain, then you can make up whatever reason you wish to explain it, diminish it, invalidate the reality…and that's what many whites do. It's because they have the privilege of NOT being immersed in the reality that many black      families are. It's NOT close to home…even when it is.
2. Relationships (or the lack thereof)
A. With blacks - where there is no REAL relationship, a virtual relationship is substituted
B. With Whites - by speaking out, whites risk their relationships with other whites

. . . Because of privilege and an emphasis on the individual power vs the group power, a white person's "logic" about what you should do if you're driving 15 miles over the limit you see the blue lights behind you are not likely to be to run. Because of better experience (with police, the system, the boss, the school, etc…) and higher expectations…this is the effect of privilege, it helps you (even though you probably don't realize you have it).

In the absence of real experiences with black families, the "outliers" that are seen on the media become the "norm." The protesting black youth, the mother hitting her son on the head because he went to join the protest, the mug shots, even the Beverly Hills Cop, (Eddie Murphy) one of the good guys, but comparably the most violent, and the most vile in comparison to his "innocent" appearing, mild mannered white counterpart.
The absence of real relationships (in favor of virtual ones) validates to the white onlooker the Eurocentric myth that originated in the slave trade, was perpetuated throughout the antebellum then Jim Crow, and now through policy (red lining) and white culture (taboo to talk about race) the belief that, "blacks are genetically more violent.

Read on for the full discussion of race, communication, culture, stereotypical assumptions and devestatign impacts on us all, but more so on those with less privilege . . . 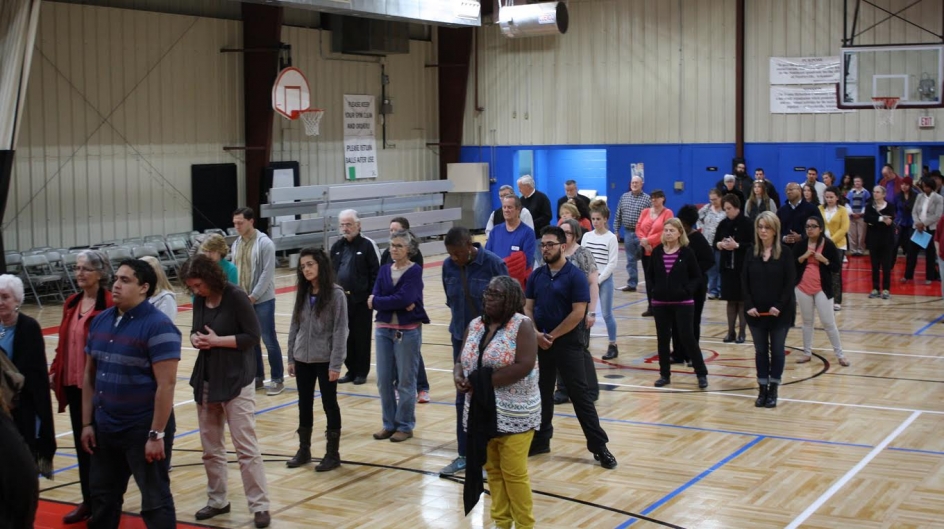 When I looked up, I was near the “back” of the room with many of the other women, most of whom were women of color.  I wasn’t shocked because, as my friends often say, “You don’t look like what you've  been through.”

Having privilege is like being given good genes that are resistant to cancers, disease, tooth decay, aging, etc., and having all the needed genetic building blocks for good health, long life, strong muscles, bones, teeth, vitality, life, etc. . . .

To no credit or fault of his own, he was in the “front” of the room. To no fault or credit of my own, I was near the back of the room, but there were some who were even further “behind” than I was. . . and a few who were even further ahead than he was.  It was a stark contrast.  I was tempted to focus on the challenges it causes us in our relationship(s) and in communication difficulties because of the privilege gap, and the culture gaps between us. . . .

I have always felt inadequate and generally ashamed about even the very best I have to offer. Psychoanalysis aside, there have been many days in my life that I knew I was woefully underprepared, but looked to my left, and looked to my right, and said, “If not now, when? If not this what? If not me, who?” It is with this frame of reference that I approached life, leaving home at 17 alone but hopeful.

I was, a survivor of sexual, physical, and emotional abuse, and finally escaping him.

Ingroup/Outgroup behavior is seen in every culture, and in every period of history.  When people are in our outgroup, we perceive them even as less than human (example the One Drop rule, and the 3/5ths law).  When they are harmed or hurting, we feel no pain.  We don't miss them, or even notice when they are gone, they are invisible, inconsequential and threatening when they insist on being part of our world.  When someone is paart of our ingroup, we feel pain when they feel pain, we feel discomfort, and even pain when they are missing from us, and we feel the personal insult when they are harmed.  This explains the behavior of the teenagers and the officer at the McKinney,Texas pool.  The stressed officer felt threatened enough by a goup of black teenagers to manhandle one 15 girl in a bikini (as if she were an animal), and to pull his gun on other unarmed teenage young men who were invited to the party.  Watch the whole video to see the fear, panic, and threat that often gets out of hand between outgroup members . . . especially when thre is a power differential.

She was a young beautiful woman, mother of three elementary school age children, and a third grade teacher on a road trip with her husband, a State Highway Patrol officer.  Yet they were pulled over, questioned and detained until the drug dogs arrived and while their three little girls sat terrified in the back seat.

It was my routine to stand and stare at the 121 bottles of breast milk in the freezer. I did this regularly trying to decide what to do with the breast milk I had pumped, each one in faith, that this baby would be ok, and she would come home well. The blast of freezer air was somehow symbolic of something, just as those 121-2 ounce bottles all sacrificially prepared were symbolic of something. I just could not figure out what they were symbolic of…and what to do with those bottles, so I stood there often, staring in my freezer full of breast milk just trying to figure it all out.

I was 26. The year I was 26 I buried two of my children. It was confusing, the pain was searing, and I'm sure most of that year I stood starring into the freezer of my life trying to figure out what to do with it all. It all started when I was 21, I guess I should start back at the beginning